Our School App Stay connected on the go... 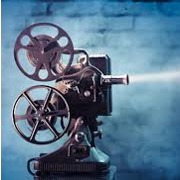 This academic course offers an exciting opportunity to study a new subject and to deepen students’ understanding of film, which is considered by many to be one of the most influential art forms of the last hundred years. In our visual and image-based culture, the study of film is relevant perhaps more than ever.

Students analyse how film works as a powerful and culturally significant medium and broaden their existing knowledge by studying a wide variety of films. Students will also have the opportunity to apply their knowledge and understanding of how films are constructed to their own filmmaking and screenwriting.

At Key Stage 4, students follow the Eduqas GCSE Film specification. They study a range of film styles and genres, including British, US and Global films; gain knowledge of film history and industry; and develop their analytical and critical evaluation skills. There are 3 components including two written exams and a practical filmmaking or screenwriting component.

At Key Stage 5, students follow the Eduqas A level Film specification. They study an even greater range of film styles and genres, including documentary, silent film, global, British and Hollywood. Students further develop their analytical and evaluative writing skills, whilst also gaining a deep appreciation and understanding of the cultural, political, historical and industrial contexts of their set film texts.